The Western Climate Initiative (WCI) is the largest, most comprehensive GHG trading system in NA. Two of the five participating jurisdictions have successfully implemented ETSs to date, namely California and Quebec (Houle et al. 2015), with two more now scheduled for implementation in Ontario and Manitoba (ICAP 2016). The California ETS was launched in 2012 and acts as a good example of how to use other climate policies within an ETS to help meet reduction goals. This system has benefitted from the beginning by carefully observing the EU ETS and avoiding similar errors in design such as over-allocation of free allowances (Cullenward 2014). It is clear that emissions in California have decreased, but there remain mixed opinions on the success of this market (Cullenward 2014; Wara 2014), as California’s environmental success is not necessarily due to the cap-and-trade program, but instead is due to the implementation of a range of other environmental policies and regulatory programs. This system also suffers from extreme cases of carbon leakage (Cullenward 2014; Wara 2014), resulting in a weak cap. California’s market highlights the importance of regulating leakage, but also the need for a more expansive regional or international market to avoid this issue in the first place. 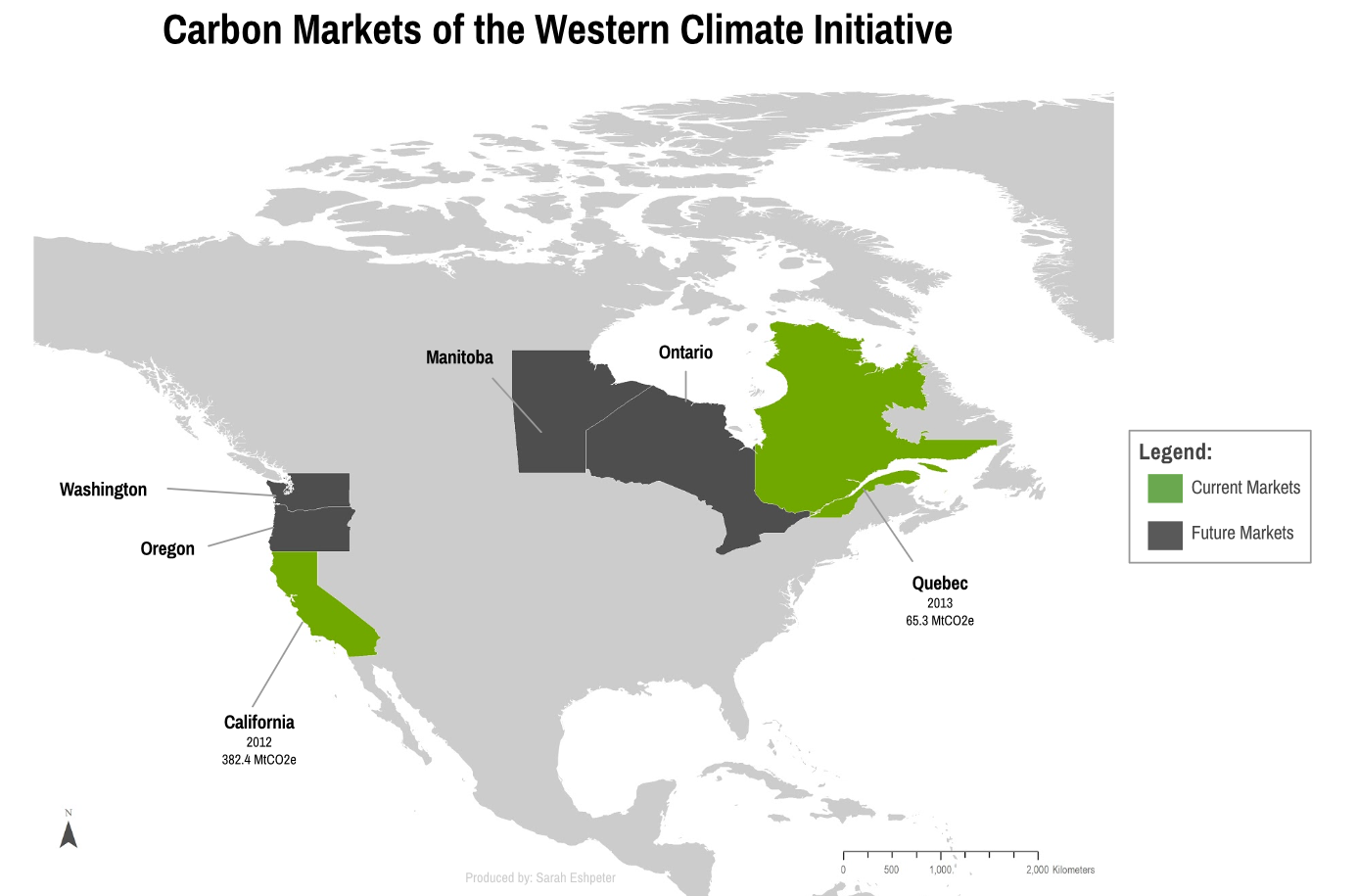