Another smaller scale carbon market in NA is the Regional Greenhouse Gas Initiative (RGGI), which is a cooperative effort among 9 Northeastern American states (namely Connecticut, Delaware, Maine, Maryland, Massachusetts, New Hampshire, New York, Rhode Island, and Vermont) to cap CO2 emissions in the power sector (RGGI Inc. 2016; Fell & Maniloff 2015). As with the WCI, the main concern with RGGI is carbon leakage, although the negative environmental impacts of leakage in this system aren’t as pressing as in California. An important positive characteristic of this system is that, unlike the EU ETS, RGGI has a price floor for the auctioning of credits, meaning that although permit prices have been quite low, the price floor prevents a complete price collapse (Fell & Maniloff 2015). The importance of this feature was learned from the collapse of the Chicago Climate Exchange (CCX) in 2010 and should be adopted by systems threatened with low carbon prices, such as the EU, China and New Zealand. 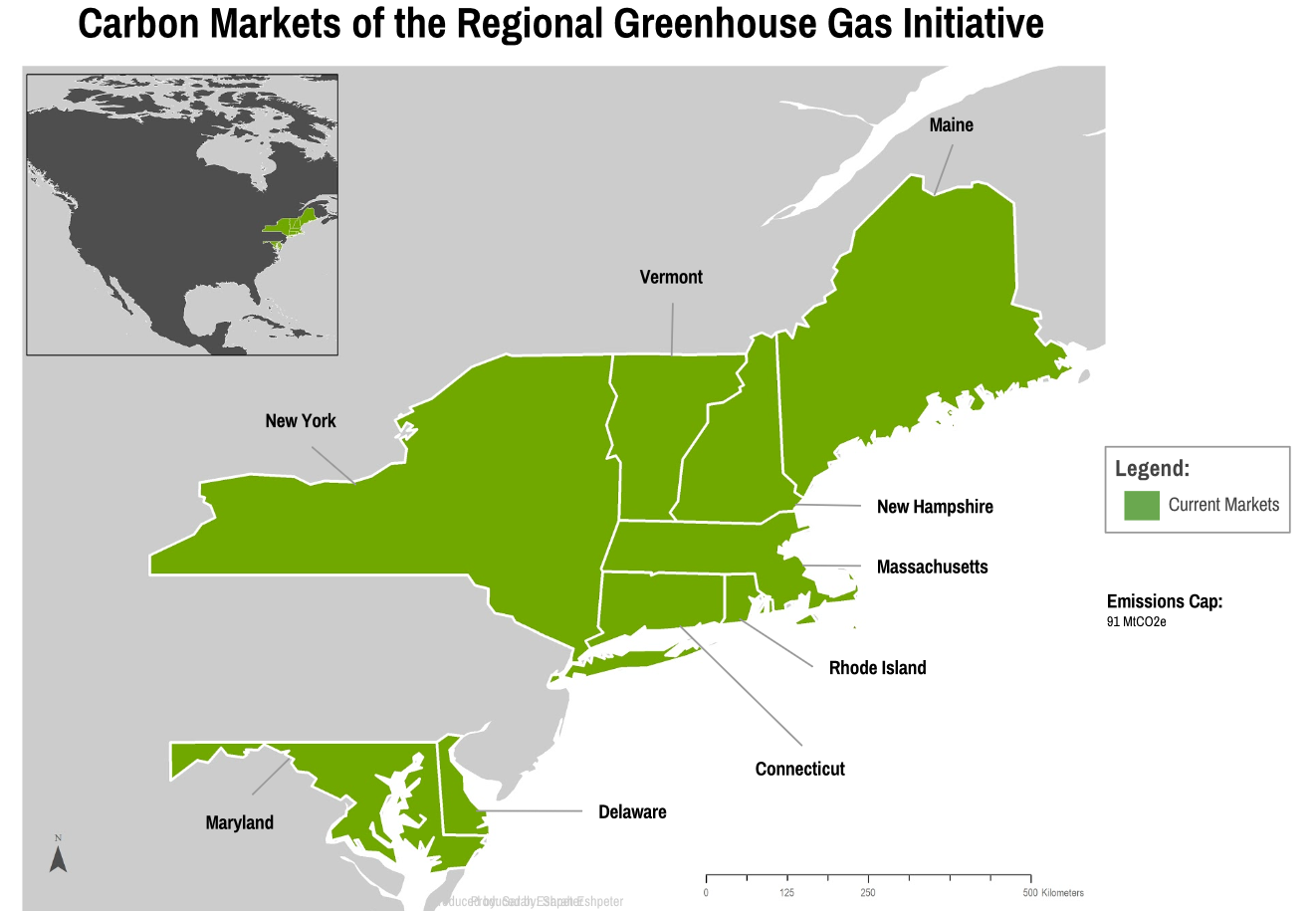