The European Union Emissions Trading Scheme (EU ETS) is the world’s largest and longest running cap-and-trade system (European Commission (EC) 2016; Lucia 2015; Ellerman et al. 2015), including 31 participating countries (28 member states and Norway, Iceland and Liechtenstein) (EC 2016; Ellerman et al. 2015) and covering approximately 45% of the EU’s total emissions (Kopsch 2012; Ellerman et al. 2015; EC 2013). With such a long history and multiple alterations to its structure, this ETS provides a valuable example for other developing carbon markets around the world. This system continues to face many areas of concern, however, primarily the collapse of allowance prices (from EUR30 per tonne at their peak in 2006 to less than EUR5 per tonne at the start of 2013) due to a growing surplus of allowances (EC 2016; Ellerman et al. 2015; Kopsche 2012). The main reasons for this instability include over-allocation, grandfathering and banking of allowances (Kill et al. 2010), which are traits that should be avoided in other carbon market systems. 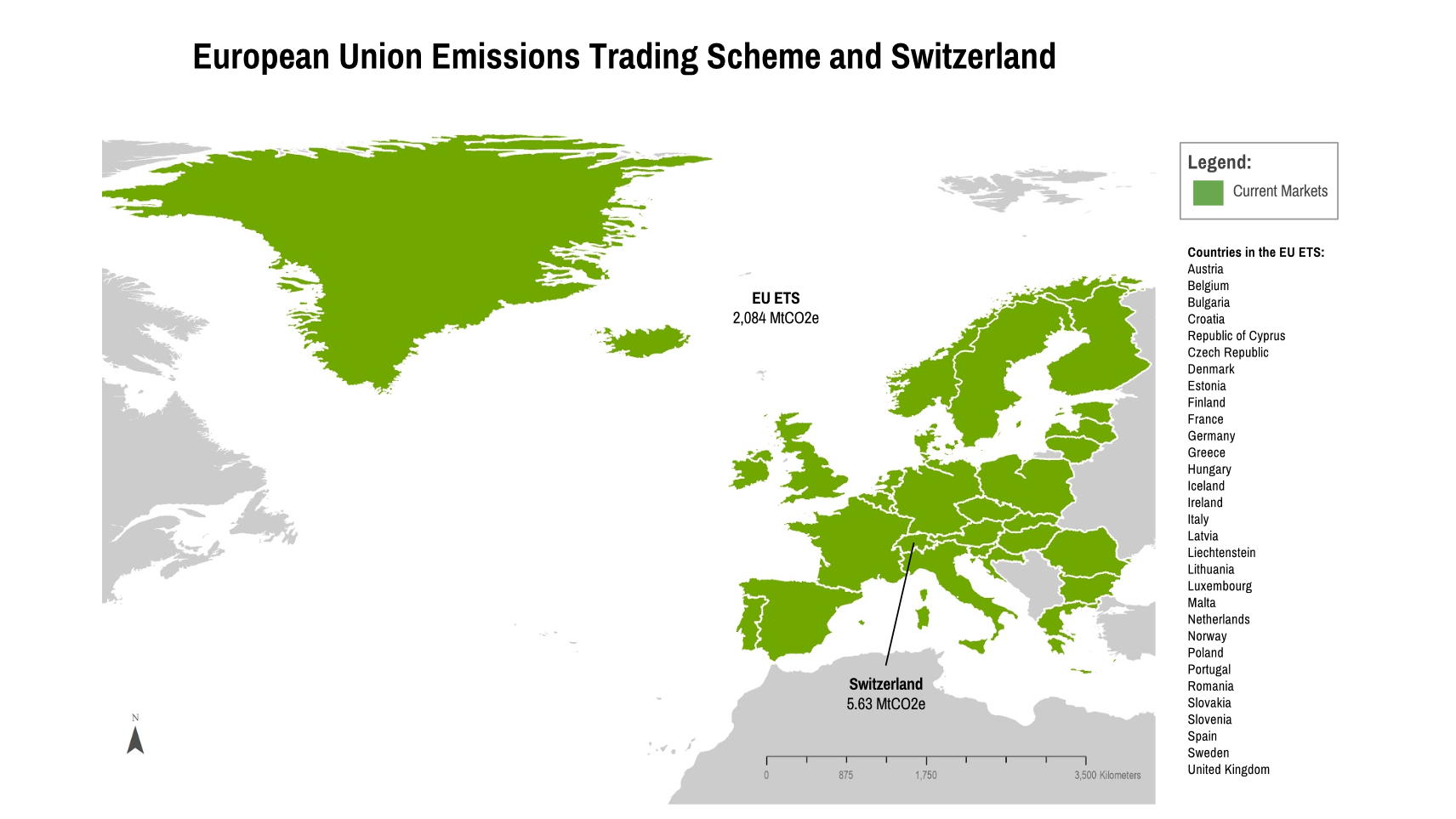