As the largest GHG emitter in the world, development of a national ETS in China is crucial for the success of global efforts to address climate change. Prior to implementing a national ETS, seven pilot ETSs were formed in two provinces (Guangdong and Hubei) and five cities (Beijing, Shanghai, Tianjin, Shenzhen and Chongqing) in October 2011 (Liu et al. 2015; Wang 2016). Based on the most successful components of these seven pilot systems, a national ETS is planned for implementation in 2017. This system will have an expected cap size of 4 billion tonnes, twice the size of the EU ETS and larger than all other existing carbon markets combined (Swartz 2016). The Chinese pilot systems have many concerning features including over-allocation, weak trading rules and poor MRV (monitoring, reporting and verification), and it is important to note that the priority of these systems is economic development (Zhang et al. 2014). These include the use of an intensity target as opposed to an absolute cap, ex-post adjustment of emission allowances, free allocation of permits and over-allocation of permits (Liu & Wei 2014; Pang & Duan 2015; Duan et al. 2014). Although China faces unique challenges in the development of a national ETS (such as tight government regulation of pricing and the immense size of the system) it holds important responsibility in the international community to make wise decisions regarding carbon market development and linkage. Due to these challenges, a top-down, centrally controlled national market is recommended, as opposed to an attempted linkage of the seven existing pilot markets. In order to ensure environmental benefits are not disregarded in preference for economic benefits, components of the current Chinese system that favour economic development at the expense of environmental benefit should be addressed. Other recommendations for this system include a unified national platform for trading, centrally developed legislation and a related independent regulatory department (Liu et al. 2015), a strong compliance and enforcement plan (Swartz 2016) and improved rules and regulations to ensure timeliness and transparency of information (Xiong et al. 2016). 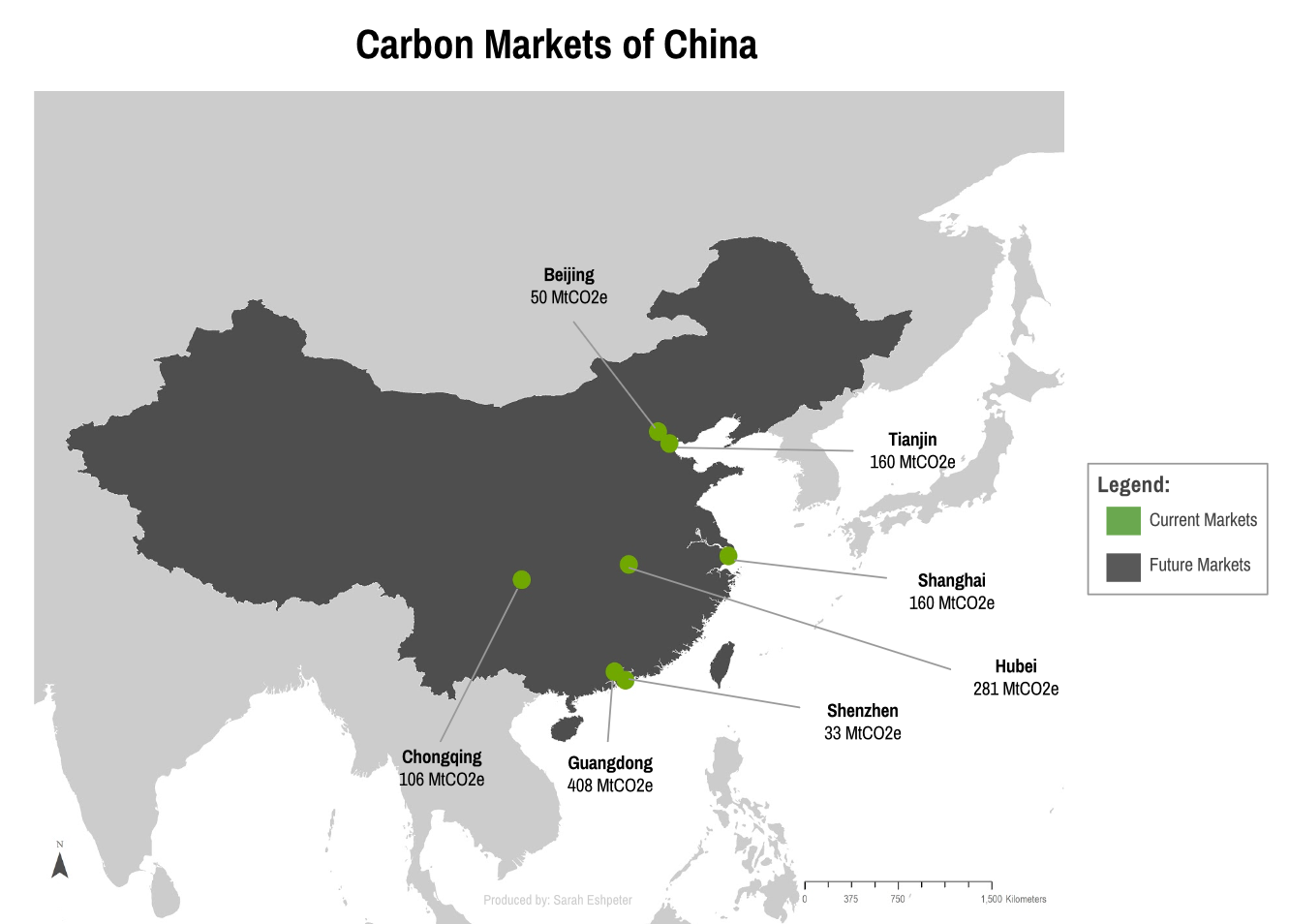