Carbon Markets of Asia and Oceania

Other current cap-and-trade systems in Asia and Oceania include New Zealand, Japan, Kazakhstan and South Korea. New Zealand’s ETS is unique in that it is run in a bottom-up design with no fixed cap in order to include the forestry sector and accommodate carbon sequestration from forestry activities. This system was originally designed to allow for unlimited use of international offset credits, but due to the oversupply of cheap international emission credits, the country no longer allows KP-related credits to be traded within its ETS (Kossoy et al. 2015b). Japan has two city-sized ETSs in Tokyo and Saitama which are nearly identical in design. These systems benefit from strong leadership and administrative capacity, stakeholder involvement in policy formulation and implementation, availability of data to support policy decisions, gradual implementation, no free allocation of tradeable credits, transparent monitoring, and focus on energy consumers rather than entities within specific sectors (Rudolph & Kawakatsu 2012; Roppongi et al. 2016). These systems demonstrate the effectiveness of having a compulsory monitored cap that is strictly regulated (Roppongi et al. 2016) and have led to significant reductions in CO2 emissions, albeit on a small scale (Rudolph & Kawakatsu 2012; Roppongi et al. 2016). Kazakhstan has taken a larger scale approach, implementing a mandatory nationwide ETS in 2013. The future of this system is uncertain, however, with a new incoming government in 2016 suspending the system for 2 years (until 2018) due to industry protests (Climate Policy Observer 2016). South Korea has also recently implemented a nationwide ETS in January 2015. Unique features of this system include the use of additional allowance credits as rewards for early reduction and the use of ex-post adjustment as a price control measure. This system is young and its effectiveness, public and industry acceptance, and potential for international linkage will become clearer over time. 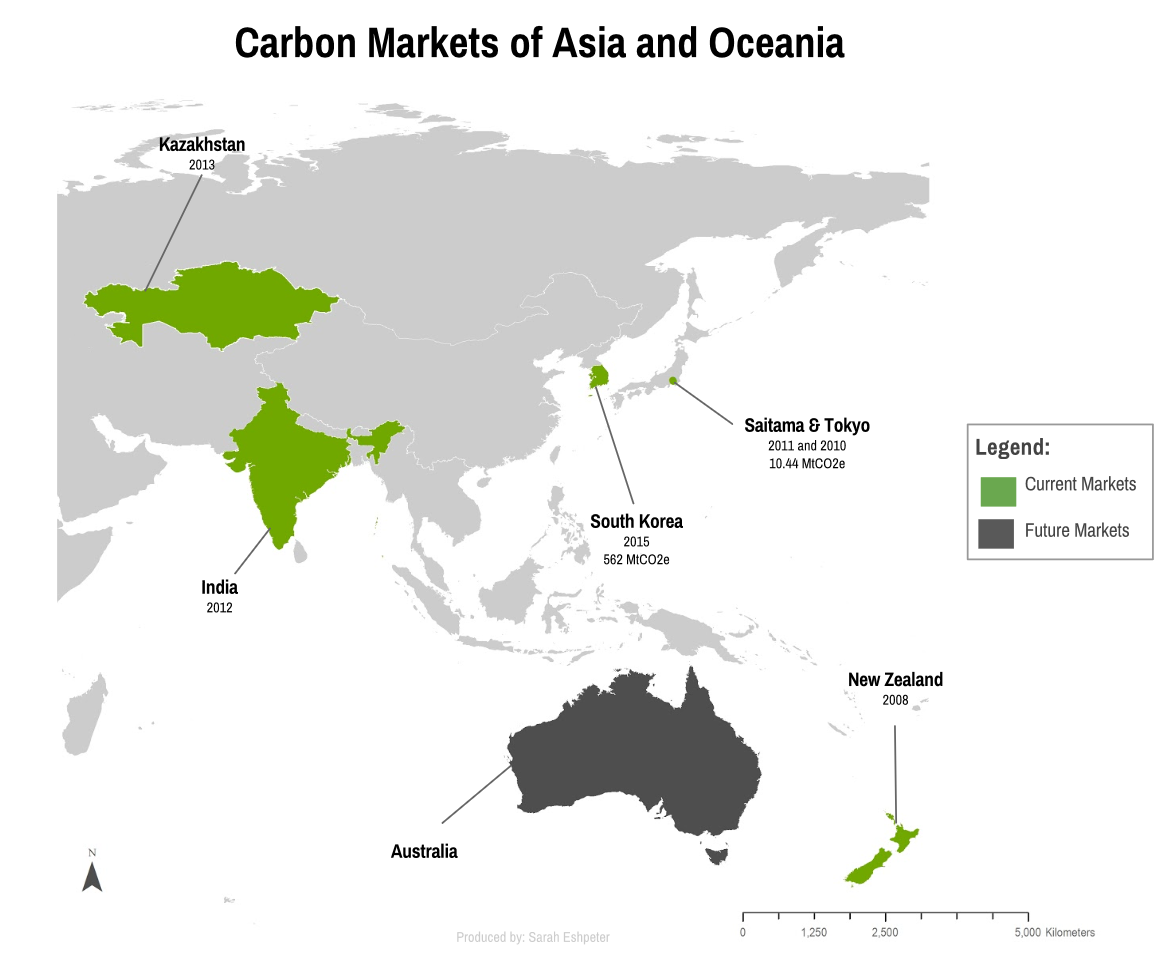